Trustpilot
See product reviews
£15.99 £13.32
In stock
Description
Bulmers Original owes its popularity to the finest apples which are vat-matured to produce a refreshing cider with a smooth taste.

Further product information
Delivery Information
Make It A Gift!
Make your gift special by adding a personalised message to one of our gift tags and select a gift box for extra jazz. For some products, we even offer personalised laser engraving to make your gift extra special.
Click Gift Options:
Add to Wish List Add to Compare
Skip to the end of the images gallery
Note: Item may not be shipped in original packaging due to fragility 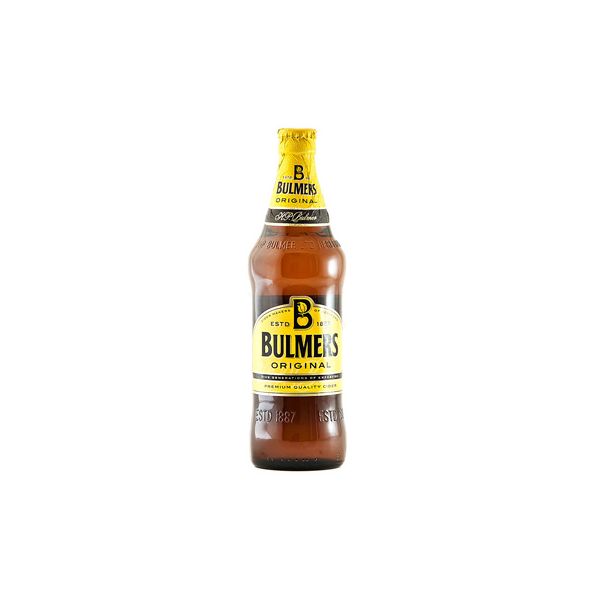 Bulmers can trace its origins back to 1887, when Hereford’s Percy Bulmer finally succumbed to his mother’s advice on breaking into the food and drinks industry, as it would never go out of fashion. Today, Bulmers Original is one of the most popular drinks on the market, particularly among 18 – 24 year olds (Source: Ipsos MRBI, Most often drunk brand, MAT October 2011).

The company’s success is particularly remarkable considering the humble circumstances Percy Bulmer started it in. He made his first cider using apples from his father’s rectory orchard and an old stone press on the farm next door. In 1889, his older brother, Fred, returned from King’s College, Cambridge to become a business partner. Together, the brothers managed to persuade their father for a £1,760 loan which allowed them to buy an 8-acre farm on the outskirts of Hereford, where they built their first cider mill. In those days cider-making was a hit or miss affair, with the fermentation process relying purely on yeast occurring naturally in apples. However, Henry enlisted the help of his university friend, Dr. Herbert Durham, whose decision to introduce a wild yeast to the apples ensured fermentation was consistent. This was the beginning of commercial cider-making.

In 1911 Bulmers was granted the Royal Warrant and to this day, it remains official ‘Cider Maker to Her Majesty the Queen’.